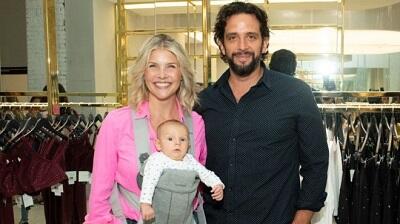 A Broadway actor who had his right leg amputated while fighting Covid-19 has woken up from a medically induced coma, his wife has revealed.

Amanda Kloots said it was "a miracle" that husband Nick Cordero was on the road to recovery.

The Canadian actor, who was nominated for a Tony Award for the Bullets Over Broadway musical, has been in hospital in Los Angeles since the end of March.

Kloots has been posting regular updates about the 41-year-old's condition.

Cordero was initially admitted to hospital on 30 March after being diagnosed with pneumonia, and later tested positive for coronavirus.