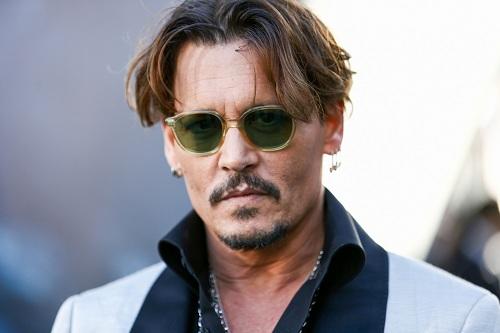 Axar.az reports that Depp, who lost a libel case last year over an article that called him a "wife beater", will be feted at the Karlovy Vary Film Festival later this month.

The US actor and director is also due to receive the San Sebastian Film Festival's Donostia award in September.

The Women's Aid Federation said this was disrespectful to abuse survivors.

Solace Women's Aid, another charity that is one of its member organisations, said such awards were "misleading" and "insulting".

The San Sebastian Film Festival in northern Spain announced on Monday that Depp would receive its "highest honorary award" on 22 September.

It hailed Depp as "one of contemporary cinema's most talented and versatile actors" with a reputation for playing "almost always misfits".

On Tuesday, the Karlovy Vary Film Festival in the Czech Republic said it would pay its own tribute to the actor's "extensive career and lasting legacy".

It described him as a "multifaceted artist" and "icon of the contemporary cinema" whom it was "thrilled" to honour at the festival, which runs from 20 to 28 August.