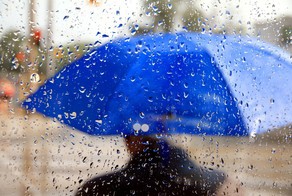 Weather forecast for March 12 in Azerbaijan was announced.

It was told in the National Hydrometeorology Department of the Ministry of Ecology and Natural Resources, it will rain in some places of Baku and Absheron peninsula tomorrow, weather will be changeable cloudy during the day, occasionally gloomy.

Azerbaijani regions also will be rainy on March 12. At night, in high mountainous areas sleet and snow is predicted. It will be foggy in some places.

According to medical-meteorological prognosis, the meteorological factors in Absheron peninsula on March 12-13 will be suitable for sensitive people, but on March 14 dramatic decline in atmospheric pressure can cause discomfort.