Confession of paedophile will shock you - Video 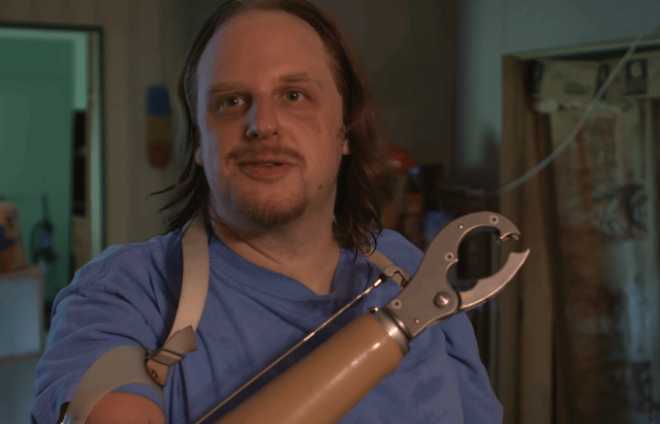 A self confessed ‘non-offending paedophile’ has explained how his sexual attraction to children is not a choice, but he does choose not to act on his desires.

One-armed Todd Nickerson, 43, is a political activist and claims that paedophilia would be better understood as a sexual orientation.

Having suppressed his feelings from a young age, Todd is now a vocal activist for ‘Virtuous Paedophiles’ who are also sometimes called ‘ethical paedophiles’ or ‘gold star paedophiles’.

The terms are used to describe people who have an attraction to prepubescent children, but control their urges and do not act on them.

In the video from Barcroft TV, Todd explained the moment he realised he was attracted to young girls occurred at the age of 13 when he found his neighbour’s seven-year-old daughter extremely attractive.

"A paedophile is strictly speaking just somebody who has sexual attraction to children – they may act on it they may not.

A lot of people think that if you are attracted to kids, you have some kind of unusual degree of urge to go out and attack kids and it’s not like that.

The people that struggle with it have self-control issues and we just try to encourage them – sometimes we have to use tough love because one problem with paedophiles at times is that they are very good at deluding themselves."

The non-offending minor attracted person (MAP) admits that he is attracted to children as young as three or four, but that his attraction peaks with kids aged around nine or ten years old.

Todd said that he is neither proud nor ashamed of being a peadophile, he simply accepts it as what is real, and deals with his desires in a ‘virtuous’ manner that doesn’t involve any children.