Man makes a discovery when trying to find a toilet 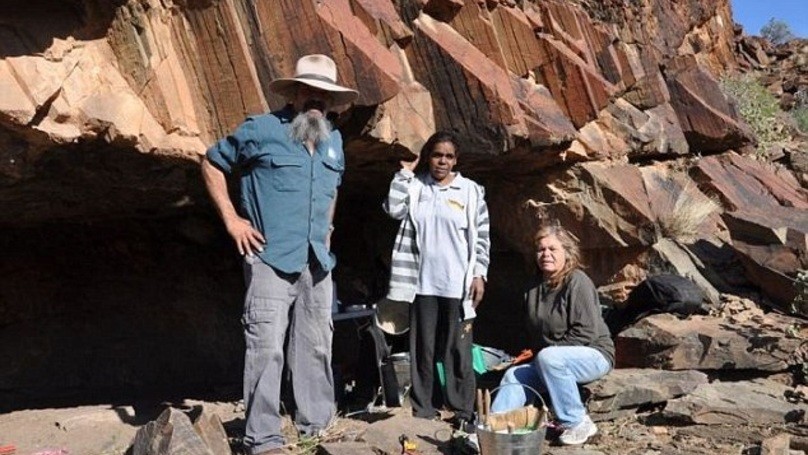 Given the opportunity, I think all of us would like to work on the toilet from time to time.

As far as I'm aware, there isn't a profession that allows you to think as you take a dump. The closest I can think of is Dave England, who, on the set of Jackass, declared himself as a Professional Shitter.

While searching for a toilet in Australia, a man actually managed to make an historical discovery, proving the point that all good things come to those who poo.

Mankind has found out a lot on the throne over the years, such as the ingredients to shampoo, to always make sure air freshener bottles are at room temperature, and that if you do push hard enough a bit of water will splash up.

The man who was desperate for the loo, Clifford Coulthard, wasn't perched on top of a big white telephone when discovering that Aboriginal people settled in inland areas as far back as 49,000 years ago, but was actually stumbling around a rocky area.

Clifford had been surveying gorges in the northern Flinders Ranges when he stopped his car with the intention of pinching off a pony. He found a rock shelter, which confirmed the findings about Aboriginals. It's poetic, really. Mother nature took its course on Cliff, and he was then greeted by a natural discovery.

"Cliff walked up this creek bed into this gorge and found this amazing spring surrounded by rock art," Giles Hamm, an archaeologist who was with him at the time, told ABC. "A man getting out of the car to go to the toilet led to the discovery of one of the most important sites in Australian pre-history."

Hopefully the Aboriginal elder now has a free pass to totally work from his bog. It's probably where the best brainstorms come from. Men are known to plan entire nights out, in their head, from the solitude of the toilet. We can also seek out the best memes on the internet. It's a place of zen. A Shangri-La.