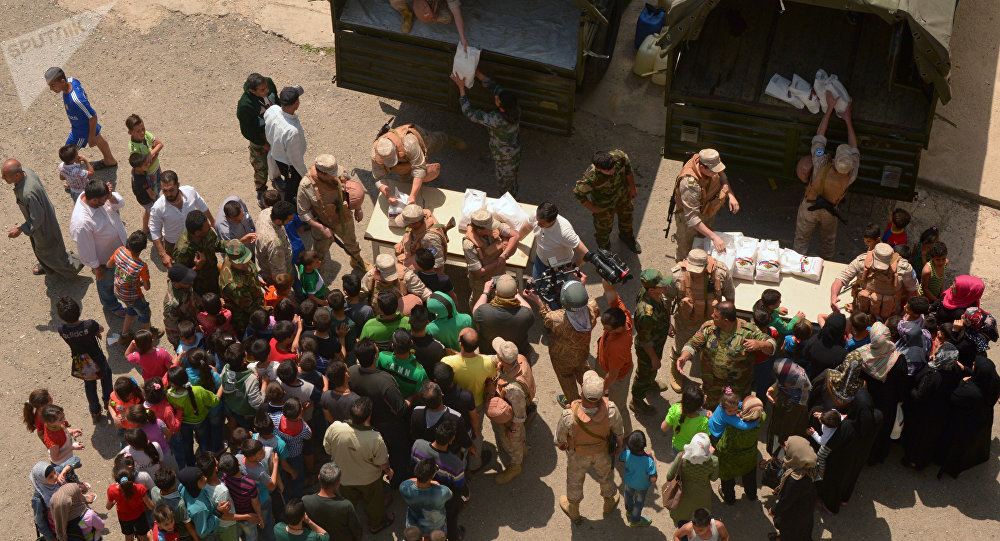 The settlement called Skubin emerged on the outskirts of the Mediterranean port city of Latakia after families fled there from Raqqa, Deir ez-Zor and Idlib in search of safety, Sputnik reports.

"The cargo was brought to the village of Skubin at the request of Latakia’s governor. Today we brought 1.5 tonnes of aid," lt. Col. Denis Andronov said.

Each ration consisted of 11 pounds of canned meat, rice, sugar and tea, the officer said. The aid was distributed among the most vulnerable residents.

"It’s hard to put food on the table when you have six kids and no breadwinner. We are grateful to Russia for humanitarian help," said Firuz Ahmad, a mother-of-six from Raqqa who lost the eldest son to the war.

Russia has been carrying out regular humanitarian aid deliveries to Syria, where people are suffering from a conflict that broke out there in 2011.