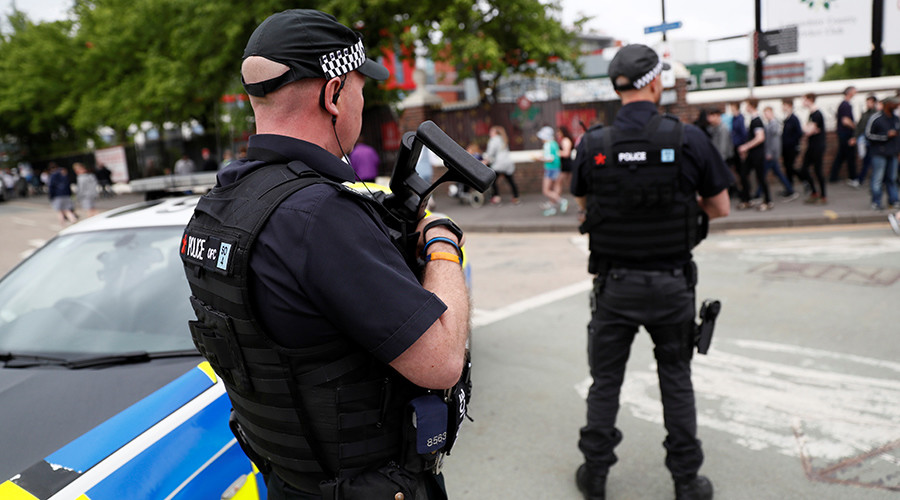 Around 23,000 jihadist extremists currently living in the UK have been identified by intelligence services as potential terrorists, the Times reports, citing government officials. About 3,000 of those are under investigation as possible threats.

“The huge scale” of the terrorist threat in Britain has been revealed in the wake of the Manchester bombing, the Timesreported on Saturday, saying the number was disclosed by unnamed Whitehall sources.

The MI5 can only investigate about 3,000 individuals at one time, the newspaper said, explaining that the list of “live” suspects is constantly updated. When those who are believed to pose a greater risk are added to the list, the investigations and active monitoring of others are closed, and they are then moved to a “former subjects of interest” group. This pool of potential attackers, categorized as posing a “residual risk,” has grown to include 20,000 people since 2001, the report said.

The man behind the recent terrorist attack in Manchester, suicide bomber Salman Abedi, who murdered 22 people and injured over a hundred at a pop concert, had been among the 20,000 who are considered “former subjects of interest,” the Times reported.

Another attacker, Khalid Masood, who rammed a vehicle into pedestrians on London’s Westminster Bridge and then stabbed a police officer to death in March, was also in the pool. Both men were no longer under MI5 surveillance.

“For many of these people, the jihadist ideology never leaves them, it is very deeply ingrained,” the director of international security studies at the Royal United Services Institute, Raffaello Pantucci, told the Times, adding that the number disclosed was “disturbing but not surprising.”

The database of potential attackers “reveals the scale of the challenge from terrorism in the 21st century,” UK Security Minister Ben Wallace said, adding that the magnitude of the threat requires investment “in intelligence-led policing.”

“To have 23,000 potential killers in our midst is horrifying. We should double the size of MI5, as we did in World War Two, and expand the number of intelligence-led police by thousands,” the head of security and intelligence studies at the University of Buckingham, Anthony Glees, told the newspaper.

Five hundred active operations are currently managed by the UK security services, Reuters reported, citing “source with knowledge of the matter.” These investigations involve 3,000 people judged as posing a threat.

A large-scale investigation unfolded in the UK this week, following the attack on the Manchester Arena concert hall. Eleven suspects are now in custody, UK Prime Minister Theresa May said on Saturday, while announcing that the security threat level has been lowered from ‘critical’ to ‘severe.’

“The public should be clear about what this means. A threat level of severe means an attack is highly likely. The country should remain vigilant,” she said.

Although a “large part of the network” believed to be connected to the Manchester attacker has been rounded up, according to the UK’s most senior counterterrorism police officer, Mark Rowley, other possible cell members might be on the loose.