Status quo of Nagorno-Karabakh is unacceptable 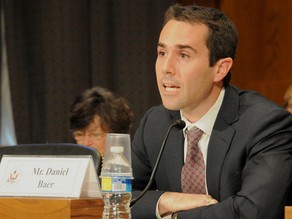 The US believes that efforts to support the settlement of the protracted conflicts in the OSCE area should remain on the agenda of the organization.

US Ambassador to OSCE Daniel Baer said at a meeting of the OSCE Permanent Council in Vienna.

He noted that "the United States, as co-chair of the OSCE Minsk Group, will continue to work closely with the parties to achieve a lasting, negotiated settlement of the Nagorno-Karabakh conflict based on the principles of international law, the UN Charter and the Helsinki Final Act."

D.Bayer deplored the frequent cases of violence on the contact line in recent months and the Armenian-Azerbaijani border.

"We support the calls by co-chairs for sides to take immediate steps to reduce tension and to protect people's lives.The status quo is neither acceptable nor sustainable, and we would like to remind the parties that a military solution to the conflict does not exist ", the ambassador said.

Commenting on bilateral relations, D.Bayer said that the US is interested in the development of Azerbaijan as a democratic, prosperous, secure and sovereign country.

"We made a good cooperation in a number of areas, including energy, security and commercial issues. Azerbaijan has made significant progress in the field of education, the fight against human trafficking and women's rights.