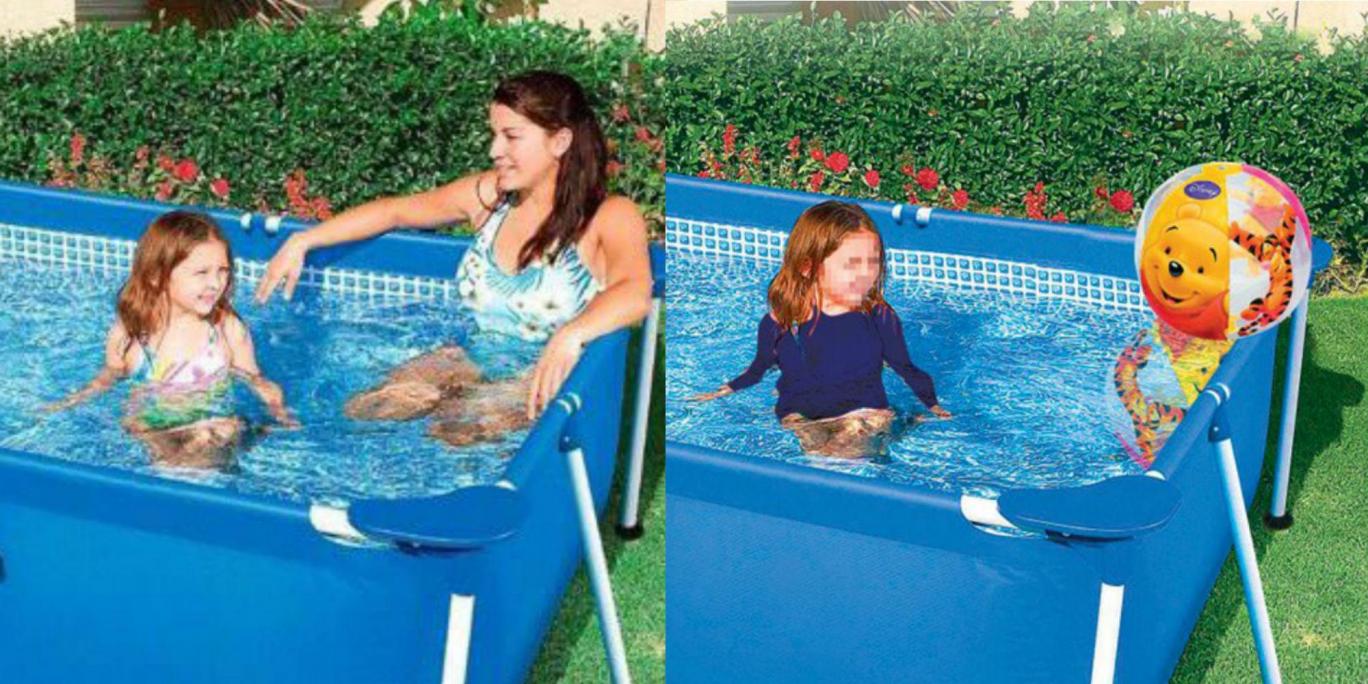 A retail company in Saudi Arabia Photoshopped a woman into a beach ball.

They did this multiple times in their special Ramadan offers online catalogue.

They also grafted T-shirts onto a topless men, and children who were also wearing bathing costumes.

Saudi Arabia has strict rules about how women should appear in public. Foreign Office travel advice for the kingdom states that women should wear head coverings at all times in public.

Other versions of the image and the product, advertised on European third party websites, show the woman and appears undistorted.

The catalogue reveals they've Photoshopped loads of these images to add tops and 'modesty' inflatables in the place of women.

According to their website, Saco was founded in 1985 and is a hardware, retail, and wholesale business in Saudi Arabia, with outlets in more than 15 cities.

They are distinct from the company Intex Recreation, part of the Intex Corporation which make the pools.

This would be funny if it wasn't guano levels of fanaticism.