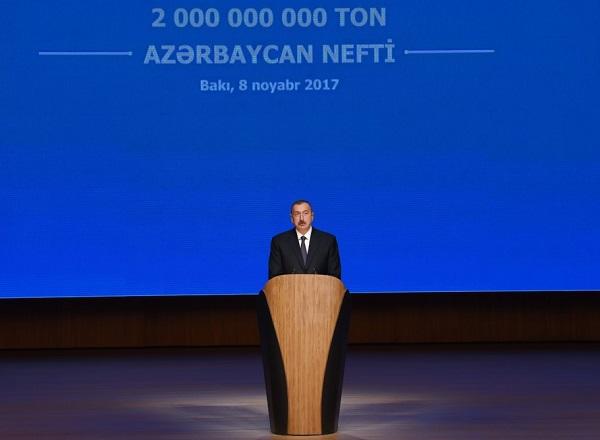 A solemn ceremony on the production of two billion tons of oil was held in Heydar Aliyev Center in Baku.

Axar.az reports that President of Azerbaijan Ilham Aliyev has attended the ceremony.

The head of state delivered a speech at the ceremony.

Upon the order of President Ilham Aliyev, SOCAR Vice President Khoshbakht Yusifzae was awarded with the first degree Labor order for his merits in oil industry.

At the end, a video on history on Azerbaijan’s oil history was displayed. a