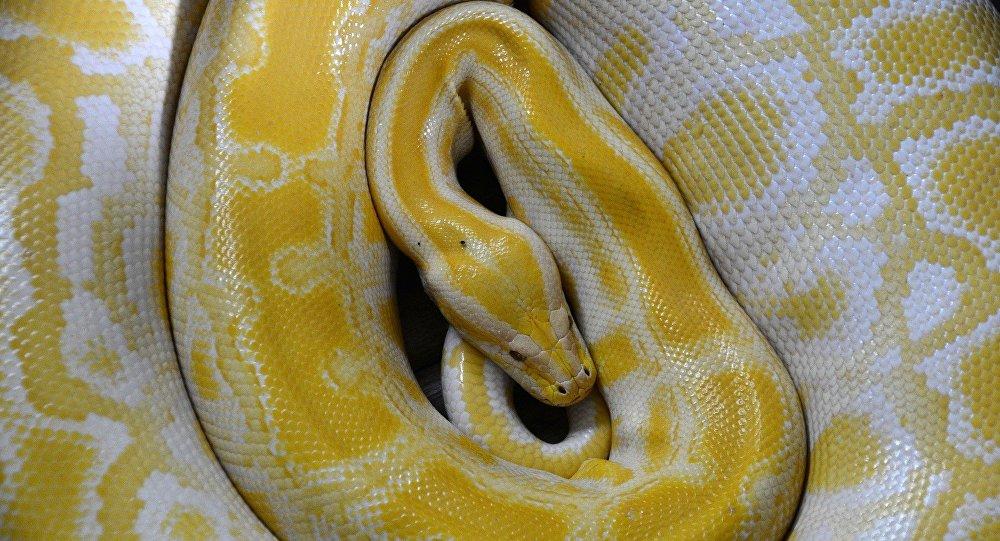 Shocking pictures and video of a giant snake curling around a small pooch preparing "lunch" were released on China's social network Weibo.

Zookeepers in the Hebin Park in China fed live puppies to giant pythons, a move that deeply shocked the park's visitors and social media users.

The horrifying shots depicting how little pups were put in one enclosure with the pythons were taken by an eyewitness named Zi Yue and released on China's social network Weibo.

One of the images shows a giant snake wrapped around the dog apparently ready for lunch.

When the young woman went to the zoo with her friend and saw the terrifying sight, she decided to capture it on her camera.

"I don't understand why the zookeeper had to do so. I suspect they had found a litter of puppies in the park, so they decided to feed them to the snakes," Zi Yue told MailOnline.

The publication went viral and has drawn the attention of various animal protection organizations including PETA Asia ("People for the ethical treatment of animals").

"This is yet another example of the importance of an animal protection law and why China needs to implement one," PETA Asia was quoted by the newspaper as saying.

A spokesman of the zoo admitted that small puppies were indeed given to the giant snakes as a meal. PETA has called for an investigation into the case.