Corpse of last martyr on battle field is found 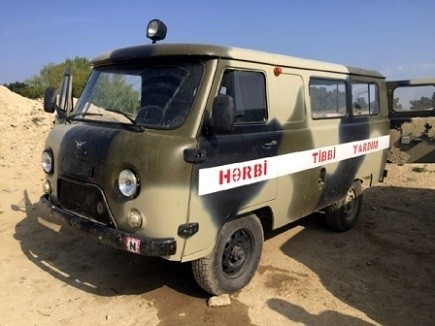 On April 19, search process of our serviceman, missing in the battlefield, has been restored with mediation of the International Committee of the Red Cross (ICRS) and OSCE representatives.

It was told in the press service of the Defense Ministry, today the corpse of our serviceman has been revealed and taken in the area, which has been repeatedly searched before: 'It allows us to conclude that the Armenian side earlier revealed the corpse and took it, retained for no apparent reason and provided official information neither to the intermediaries nor to Azerbaijani side.

Immediately after spreading official information on restoration of searches on April 19, Armenian side has put the corpse in the area earlier searched.

Currently, medical-forensic examination, proper recognition and other necessary procedures are being carried out to determine condition of the death of our serviceman, reason, time, torture or humiliation signs on the corpse'.