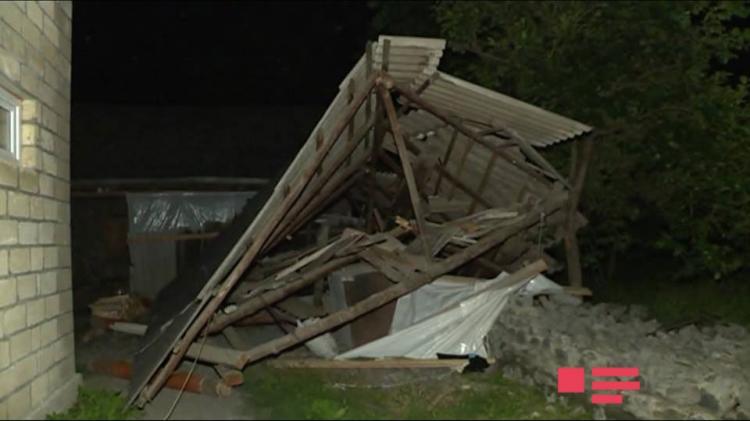 Following the earthquake in Zagatala, 7 aftershocks have been recorded so far, the Republican Seismic Survey Center of Azerbaijan National Academy of Sciences told APA.

It was informed that due to the high magnitude of the earthquake in Zagatala it is likely that the aftershocks will last for some time.

An earthquake with a magnitude of 6 occurred in Zagatala on June 5 at 22:40 local time.

As a result of the 6 magnitude earthquake that hit Zagatala on June 5 at 22:40, caused cracks in a number of houses.

Residents of Yeni Suvagil village told APA's Sheki-Zagatala bureau that as a result of the earthquake the walls of the farms built of river stones collapsed, in some houses small cracks formed.

According to reports, in the settlements located closer to the epicenter, there is an expansion of cracks formed in the walls of houses after the earthquake in 2012.

It is also noted that, after the earthquake, the number of appeals to the First Aid of the Gakh and Zagatala central hospitals has increased.

A resident of Gakh, 13-year-old Gulyar Durmushzadeh broke her leg, trying to out of the house during the earthquake. She is placed in the Gakh district hospital.

According to the residents of Goyam village of Zagatala region, 63-year-old Soltan Gandakhov died of a heart attack caused by severe stress at the time of the earthquake.