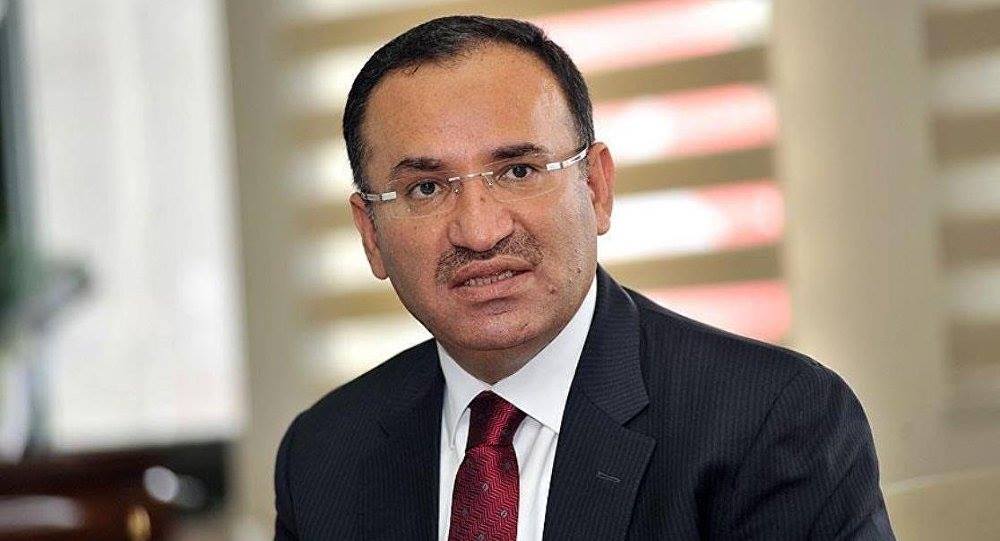 Deputy Premier Bekir Bozdag on Thursday urged the Dutch government to protect the Turkish population in the country after Netherlands gave permission to an anti-Islam group to roast pork in front of mosques.

The far-right organization Patriotic Europeans against Islamization of the West (Pegida) previously announced on social media that they will roast pork in front of mosques during this week's fast-breaking hours in Dutch cities of Rotterdam, Utrecht, Gouda, the Hague and Arnhem. The Municipality of Rotterdam gave permission to Pegida.

Eating pork is forbidden in Islam.

Speaking to reporters in central Yozgat province, Bozdag said: “I invite the Dutch government to protect the Turkish community and to prevent those who have a tendency to commit crimes against them.

About the eight fugitive Turkish soldiers who fled to Greece following the 2016 defeated FETO coup, Bozdag said Turkey remains “disturbed” by Greece’s approach, which is “contrary to neighborhood law and international law” between the two countries.

He said international law demands that Greece must hand over the soldiers to Turkey.

The deputy prime minister added the Greece’s decision to not hand them over would not prevent Turkey from its fight against the terrorist group.

"We will continue our fight against terrorism and Turkey noted Greece’s stance on this issue," he said.

Turkey has repeatedly called for the extradition of the suspected coup-plotters, including during President Recep Tayyip Erdogan's official visit to Greece last December.

The soldiers arrived in Greece’s Thrace region aboard a stolen military helicopter hours after the defeated coup of July 15, 2016.