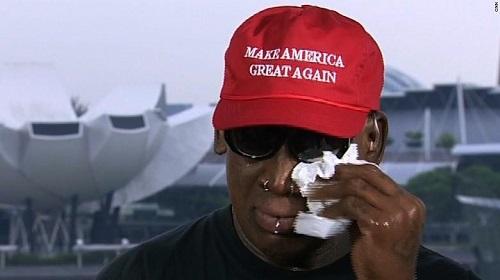 Rodman has reportedly traveled to North Korea five times so far. During his latest visit in 2017, the Ex-NBA star said he was trying to reach something important for both countries.

On Tuesday, famous "North Korean envoy" Dennis Rodman broke down in tears live on CNN, saying that the controversial talks between him and Kim Jong-un and between Donald Trump and Kim Jong-un were the right thing to do. "We need the doors to be open and strat fresh and make this world a better place," Rodman stressed.