Saudis admit 'mistakes' in bus carnage, then defend it 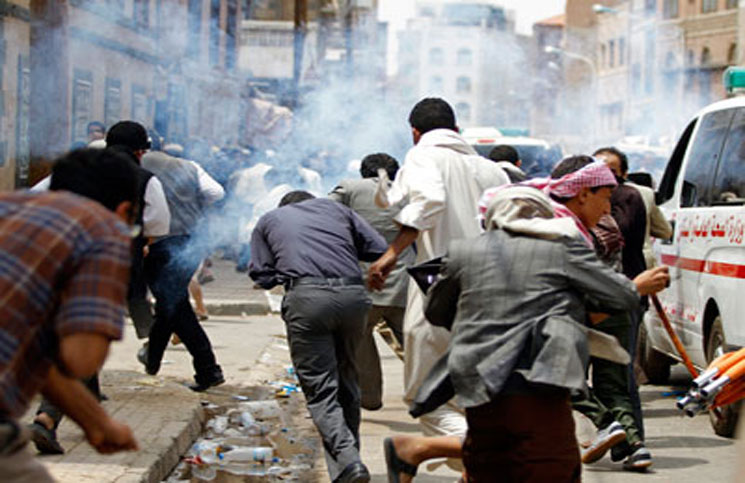 Saudi Arabia has finally admitted "mistakes" in a recent airstrike which killed children on a school bus in Yemen, but still insisted that the vehicle was carrying Houthi fighters.

In a statement, the kingdom said Saturday it "expresses regret over the mistakes, extends its sympathies, condolences and solidarity to the families of the victims" of the August 9 attack in northwestern Sa’ada Province.

The Saudi air raid hit the school bus as it drove through a market in the town of Dhahyan, killing a total of 51 people, among them 40 children, and injuring 79 others, mostly kids.

In the statement carried by the Saudi Press Agency (SPA), Saudi Arabia vowed to "revise and enhance its rules of engagement according to operational lessons learned, in a manner that guarantees non-recurrence of such incidents."

Saudi military spokesman Mansour al-Mansour said a probe into the incident had found errors prior to the strike, which "caused collateral damage," but repeated that the bus had been "transporting Houthi leaders."

The incident sparked a wave of international outrage and led the UN Security Council to demand a "credible and transparent" investigation.

Munitions experts told CNN that the bomb used by Saudi Arabia in the attack was an American-made 227-kilogram laser-guided MK 82 bomb.

“Coalition airstrikes have caused most direct civilian casualties. The airstrikes have hit residential areas, markets, funerals, weddings, detention facilities, civilian boats and even medical facilities,” the Group of International and Regional Eminent Experts on Yemen said in a 41-page report.

On Sunday, Human Rights Watch (HRW) denounced the Sa'ada attack as an apparent war crime and blasted the countries that export arms to Saudi Arabia.

“Countries with knowledge of this record that are supplying more bombs to the Saudis will be complicit in future deadly attacks on civilians,” he added.

He also called on the US and its allies to immediately stop arms sales to Saudi Arabia, saying they should "support strengthening the independent UN inquiry into violations in Yemen or risk being complicit in future atrocities.”

“Any US official who thinks the way to prevent Saudi Arabia from killing more Yemeni children is to sell it more bombs should watch the videos of the bus attack in Dhahyan,” he added.