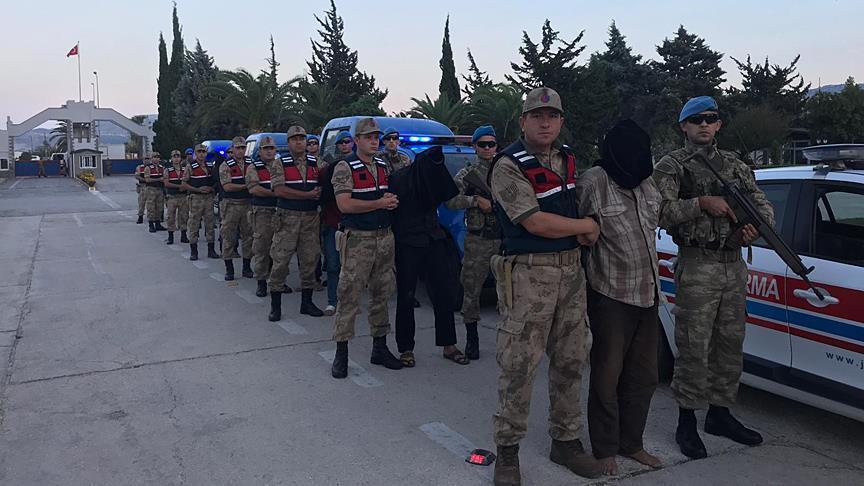 Turkish National Intelligence Service (MIT) on Friday brought to Turkey nine YPG/PKK terrorists, who were behind the attack that martyred two Turkish soldiers during Operation Olive Branch in northern Syria, according to Hatay governor.

The terrorists were caught in a joint operation by MIT and the Turkish gendarmerie forces in Syria's Afrin city and brought to southern Hatay province, Erdal Ata said at a news conference.

The terrorists had taken away with them the body of the lieutenant which could only be found after 58 days.

Ata said the terrorists were caught in accordance with the confession of a Syrian national PKK terrorist, who was identified by the initials M.C. and arrested by Turkish security forces on Sept. 3, 2018 in Rajo.

"We know that there are other names involved in the incident. We will do whatever necessary [to get them]," Ata said.

The Turkish Intelligence Agency on Wednesday brought Yusuf Nazik -- a key plotter of the 2013 Reyhanli attack -- from the Syrian port city of Latakia to Turkey.

Nazik, 34, who was marked in the blue category of the Interior Ministry's wanted terrorists list, confessed that on a tip off from Syrian intelligence units, he scouted the crime scene prior to the attack and moved explosives from Syria to Turkey.