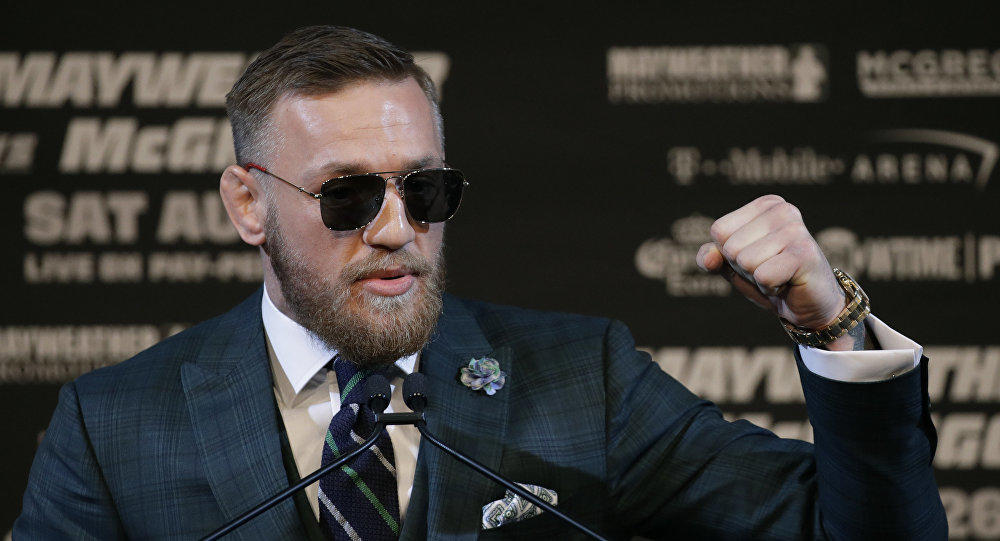 Conor McGregor is currently engaged in a verbal feud with his future opponent in the ring - Khabib Nurmagomedov - following their previous confrontation when the Irish fighter assaulted a bus full of UFC combatants.

Polish female MMA fighter and former UFC straw-weight champion Joanna Jedrzejczyk surprised the journalist conducting the interview when she suddenly switched roles with him mid-talk and started openly trolling him on camera.

The incident started after Jedrzejczyk refused to reveal whom she favors in an upcoming UFC fight between current lightweight champion Khabib Nurmagomedov and Irish fighter Conor McGregor. The journalist decided not to give up his aspiration to find out who was her favorite and tried asking for her opinion on McGregor's behavior toward his opponent on social media.

However, the Polish fighter saw through his plans and stole the initiative by redirecting the question back to the journalist, whom she suggested was accusing McGregor of bad behavior on camera. Perplexed, the journalist tried to explain himself, but was soon overwhelmed by more compromising questions from Jedrzejczyk.

Social media users were impressed with how the fighter handled the journalist while being off-ring.

A user named DJ С wrote that she "defeated him without even touching him," while another user, named the SouLMindeD1, noted that it was "funny and awkward at the same time."

A user named Jonathan Becerra summed it up by writing "damn this was brutal."

Some users supported Jedrzejczyk in her response to the question.

Hidan HQ wrote that "she's expressing the fact that's it easier to talk sh*t when you are behind the cameras."

Current lightweight UFC champion Khabib Nurmagomedov and Irish fighter Conor McGregor will be meeting in a ring in Las Vegas on October 6 in a much anticipated fight. McGregor decided not to wait long, however, and started picking on his opponent on social media, verbally abusing him and even members of his family. The feud between the two goes back almost half a year, when McGregor attacked a bus full of UFC fighters, including Nurmagomedov, after the latter had a dispute with Artem Lobov — a friend of the Irish MMA fighter.