Croatia simplifies the rules of entry to the country 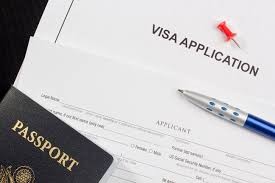 Croatia has simplified the rules of entry to the country for Azerbaijan's citizens.

The embassy of Croatia in Azerbaijan wrote about this on its official Facebook page.

According to the new rules, the Azerbaijani citizens, who have received a double or a multiple entry Schengen visa with a permission to enter any other EU country, will now be able to enter Croatia without visiting the country of which the Schengen visa was obtained, said the embassy.

Therefore, Azerbaijani citizens, who have received a Schengen visa, for example, in the embassies of Lithuania, Latvia and France, may directly visit Croatia without the need to enter the country that issued the visa, as it was earlier.