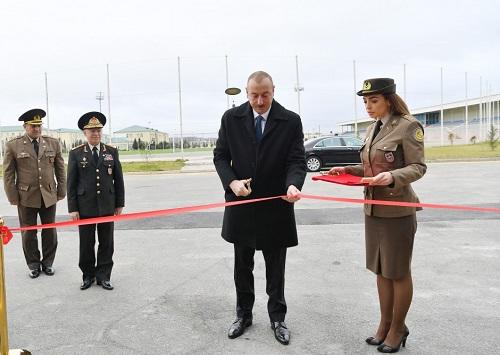 President of the Republic of Azerbaijan Ilham Aliyev has attended the opening of a sports and health club of the Ministry of Emergency Situations.

President Ilham Aliyev cut the ribbon symbolizing the opening of the sports and health club and viewed conditions created here.

Minister of Emergency Situations Kamaladdin Heydarov informed the head of state of the conditions created in the club.