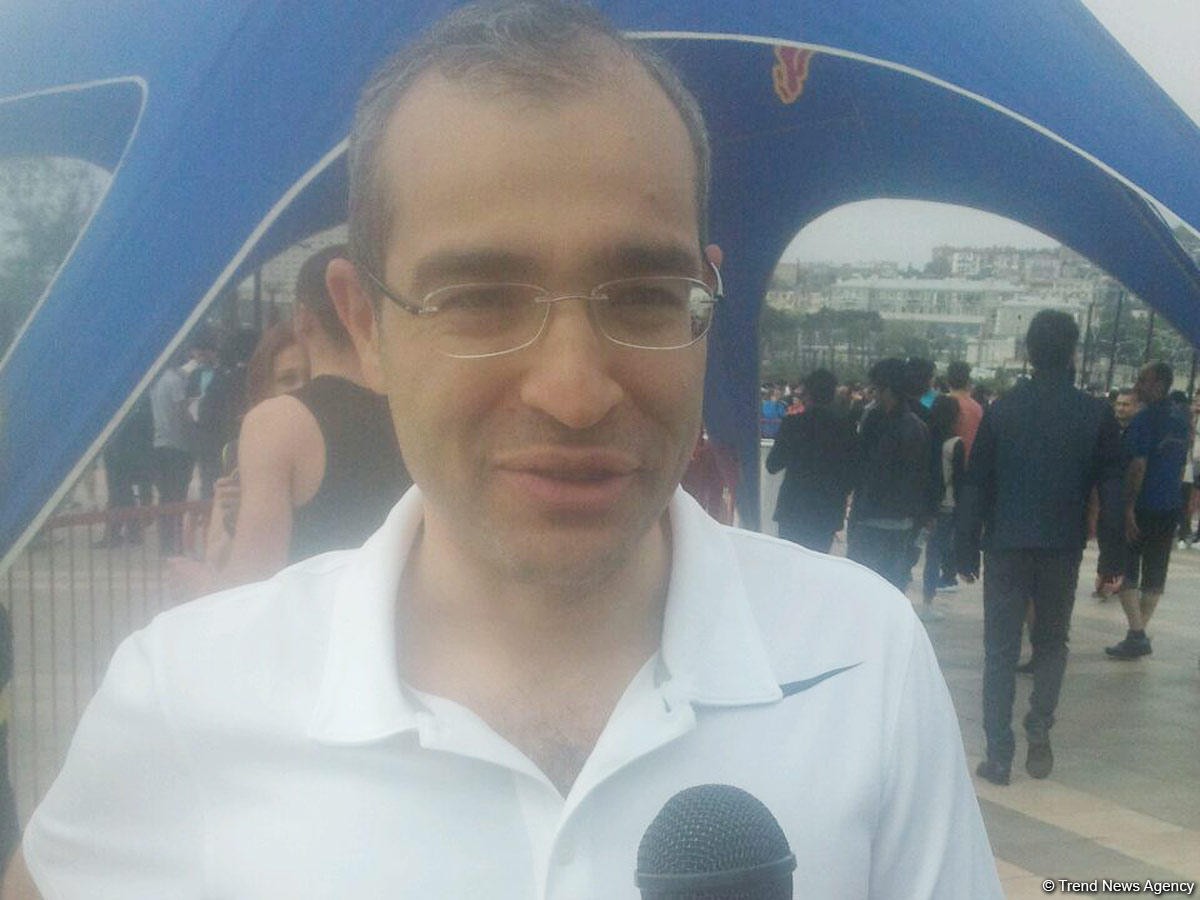 The Baku Marathon-2016 is a grand event, which has gathered people of different countries in Baku for a common goal, Mikayil Jabbarov, Azerbaijani minister of education, told local media May 1.

"I hope this will become a good tradition and attract people from around the world to our beautiful city in the future," the minister said. "It is good that the event is being held on the background of the national flag of Azerbaijan. There is a great atmosphere."

While answering a question about the results he expects to achieve at the marathon, the minister said that he expects to withstand for an hour and a half.

The Baku Marathon 2016, organized at the initiative of the Heydar Aliyev Foundation, will kick off today.

The marathon will start at 10:00 (UTC/GMT +4 hours). It will take a maximum of four hours and a half to overcome a 21 kilometer-distance.