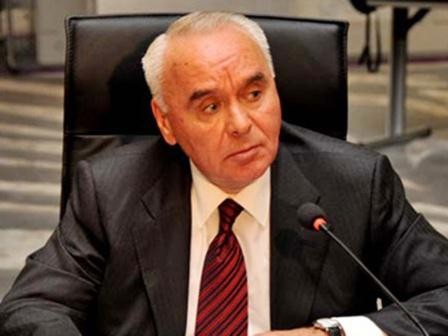 Azerbaijan started preliminary consultations on prospects of the cooperation with the European Union (EU), without waiting for the mandate for negotiations on a new agreement, Azerbaijani Deputy Foreign Minister Mahmud Mammadguliyev told about this.

Negotiations on a new agreement on strategic modernization partnership, which will define the format of future cooperation with the EU, could be started only after receipt of the EU Council's mandate.

“We are interested in the accelerating the process of obtaining a mandate from the EU highest political body to start the negotiation process that depends on the European Commission,” said Mammadguliyev.

“Meanwhile, we have started preliminary consultations. The EU delegation visited Baku in December in this regard and we held a videoconference with Brussels Feb. 12,” he added.

The Azerbaijani government submitted a draft agreement to the EU in May 2015 as part of the Eastern Partnership summit in Riga.

Mammadguliyev previously noted that the EU is interested in extending cooperation with Azerbaijan on the issues of ensuring energy security, and in the spheres as transport and fight against terrorism.

Currently, the bilateral relations between the EU and Azerbaijan are regulated on the basis of agreement on partnership and cooperation, which was signed in 1996 and entered into force in 1999.

A new agreement envisages the adjustment of Azerbaijan’s legislation and procedures to the EU’s most important international and trade norms and standards, which should lead to an improvement in the access of Azerbaijani goods to the EU markets.

The share of European countries in Azerbaijan’s foreign trade was 46.96 percent in 2015, according to the Azerbaijani State Customs Committee (SCC).

Currently, 31.92 percent and 59.1 percent of the Azerbaijani imports and exports respectively accounted for the share of the EU countries.