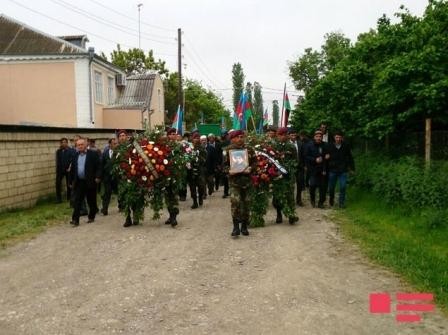 Azerbaijani army soldier Amrah Yuzbeyov, who died during prevention of the Armenian provocation on the contact line between the two countries’ troops on May 3, has been laid to rest in the Hajimammadoba village of the Khachmaz district, APA reports.

The funeral was attended by representatives of the Defense Ministry, State Service for Mobilization and Conscription, the district executive authority, locals and a group of soldiers.