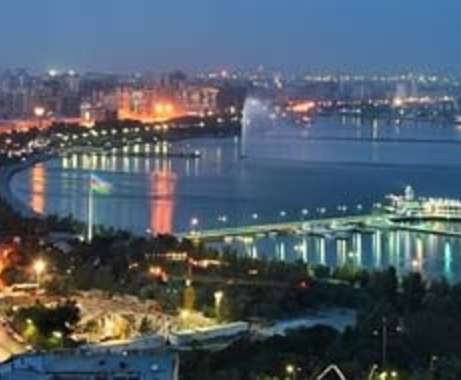 Along with the national air carrier AZAL, international airlines of Qatar, British Airways, Turkish Airlines, Georgian, Lufthansa and others are also operating in the country. The new terminal of Heydar Aliyev airport, being one of the most beautiful airports worldwide, is entitled to cope with huge loads of tourists coming to the country since 2014.

Azerbaijan has a large number of brand luxury hotels, including Hilton, Hyatt, Sheraton Kempinski, Marriott, Fairmont and Four Seasons, but also offers low star hotels for those desiring to travel the country.

The article said that a number of countries, for example, Bahrain, Kuwait, Oman, Qatar and UAE, have easier VISA relations with Azerbaijan.

“Overall, Azerbaijan greeted over 2 million tourists in 2015. That could be linked with several major high-level events held in Azerbaijan for the last years. The first European Games took place here in the summer of 2015.

Formula 1 Grand Prix races will be held in Baku in June. The event will take place right in the streets of Baku, revealing its beauty for international spectators,” Travel & Tourism News Middle East told its audience.

Furthermore, Azerbaijan is going to accept the Islamic Solidarity Games next year, expecting elite athletes from over than 30 countries of Asia and Africa will join.

All this create favorable conditions for informing tourists about Azerbaijan and make it one of the most visited countries of the region.