Russia and Canada may hold conference on Arctic in 2020 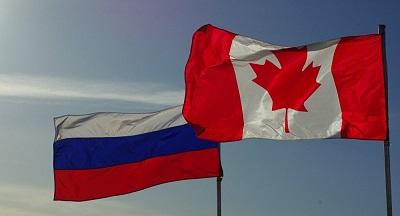 The Russian-Canadian Conference on Cooperation in the Arctic may be held in 2020, Member of the Federation Council Committee on Federal Structure, Regional Policy, Local Government and Northern Affairs Igor Chernyshenko told TASS.

"We offered the Canadian side to return to the dialogue," he said. "We came out with an offer to hold a Russian-Canadian conference on university cooperation in the Arctic at the North-West Russia site, maybe in the Murmansk region. They supported this idea," he added. Chernyshenko noted that the Russian delegation also offered Canadian colleagues to expand cooperation between the two countries at the inter-parliamentary level.

The last time Russia and Canada held a joint conference with the participation of representatives of higher educational institutions and members of parliaments of the two countries in November 2014. The conference entitled was held in Ottawa at the Carleton University.

Relations between Russia and Canada were almost completely frozen on the initiative of Ottawa in 2014 due to the situation in Ukraine and the reunification of Crimea with Russia.