"Azerbaijani flag" order was presented to father of martyr 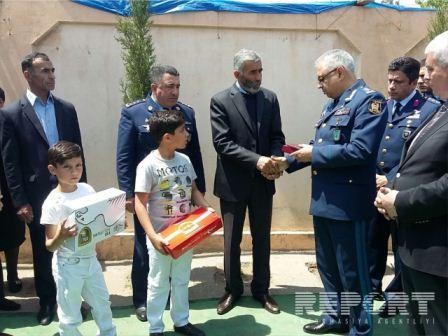 Forty days ceremony was held for the martyred pilot, major Tabriz Musazade, who martyred as a result of defeating attack of Armenian armed forces on the contact line of troops.

Notably, the martyr Tabriz Musazade was buried in the Second Alley of Honor, Baku.