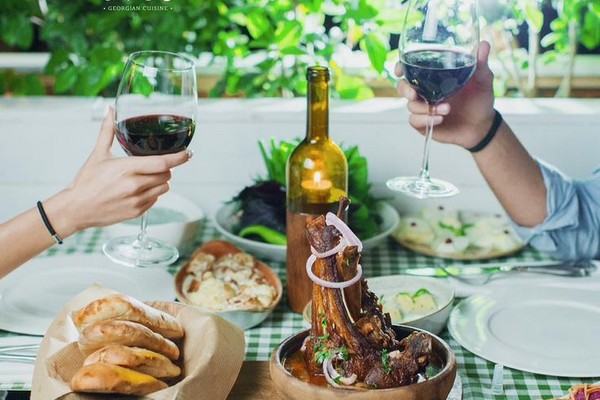 A wine festival organized by Georgian wine importers was held in London.

The Qvevri London Wine Festival is held for the second time and aims to promote Georgian and wines, especially Qvevri wines.

At the festival, six importers presented up to 10 varieties of wine. Festival guests had the opportunity to taste Georgian dishes along with wine.

The festival was opened by the Ambassador of Georgia to Great Britain and Northern Ireland Tamar Beruchashvili.

She spoke about the growing popularity of Georgian wines in the UK. According to her, in 2018, wine exports from Georgia to the UK increased by 3 percent and for 9 months of 2019 - by 40 percent.

In 2018, the Georgian Qvevri Wine Festival was presented in the heart of London for the first time. The fest’s tremendous success urged the organizers to organize another event.