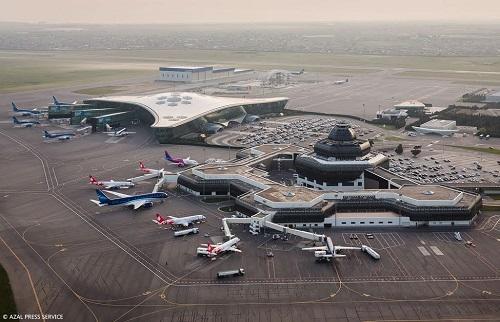 A delegation of Amadeus, headed by Bruno Spada, Head of Airport IT at the company, has paid a working visit to Baku.

"One of our priorities is to increase passenger traffic at Heydar Aliyev International Airport. Partnership with Amadeus and application of modern technologies allow us to improve the efficiency of work, and, most importantly, to increase the level of services provided to passengers," Jahangir Asgarov said.

Baku airport demonstrates the benefits of using the state-of-the-art technologies in the modern aviation industry. One of the benefits of Amadeus cloud solutions is cost optimization. I want to emphasize that Heydar Aliyev International Airport is the only airport in the world that has entirely switched to cloud technologies," Bruno Spada said.

The Heydar Aliyev International Airport is the largest airport in Azerbaijan and the region in terms of passenger and freight traffic, takeoff and landing operations, the airport terminal area, and capacity of the cargo complex.