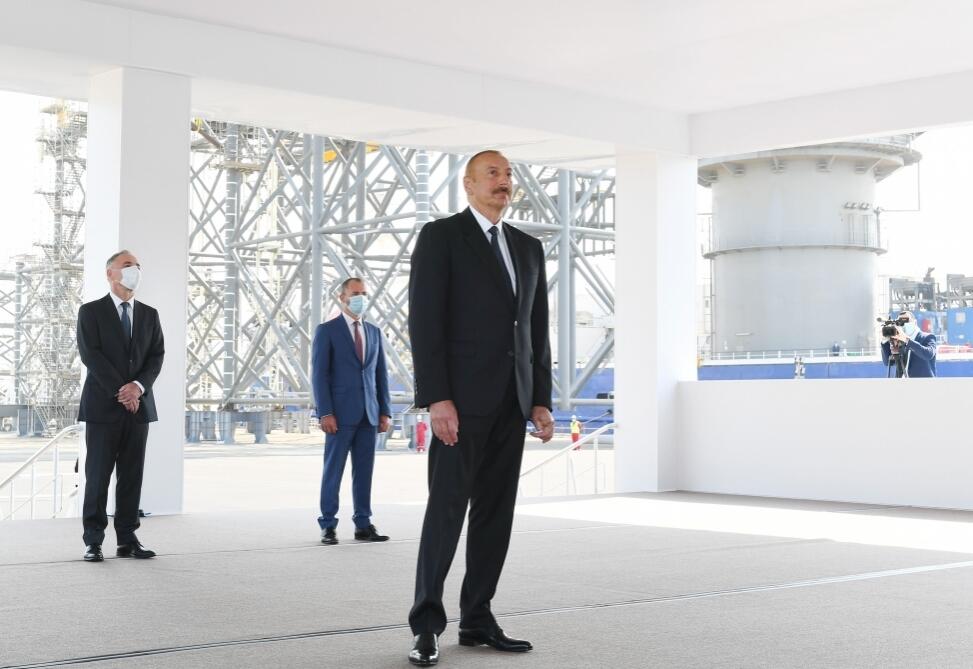 As reported, President of the Republic of Azerbaijan Ilham Aliyev attended a groundbreaking ceremony for the Absheron field offshore operations at the Heydar Aliyev Baku Deepwater Jacket Plant on September 19.

Axar.az reports that after the ceremony, the head of state gave an interview to Azerbaijan Television, Public Television and Real Television.

In his speech, the President said:

"I have always been proud to have spent 9 years of my life at the State Oil Company, and as a colleague of the oil workers, I sincerely congratulate them and wish them new success."