"Khojaly to be recognized as genocide" 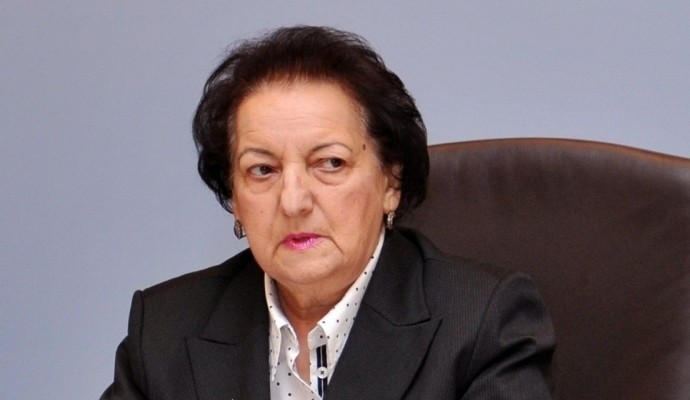 Commissioner for Human Rights (Ombudsman) of the Republic of Azerbaijan Elmira Suleymanova has issued a statement on the occasion of the 24th anniversary of the Khojaly Genocide.

The statement reads that the mass murder committed by Armenians with unbelievable brutality and tortures is unambiguously a fact of genocide.

“Under the international law, genocide is considered to be one of the gravest crimes. The elements of the crime of genocide are determined in number legal documents. The UN General Assembly Resolution 96 (I) of 11 December 1946 states that genocide, violating the right of people to life, damages human dignity, and deprives the mankind of the material and spiritual values created by human beings. Such acts are contrary to the spirit and aims of the United Nations and universal values. The international legal definition of the crime of genocide was determined in the United Nations Convention on the Prevention and Punishment of the Crime of Genocide adopted by the Resolution 260(III) of the UN General Assembly of 9 December 1948. The commitment of criminal acts, planned in advance and aimed at mass annihilation of people on the ground of their nationality during the Khojaly genocide constitutes this crime as genocide. During the aggression against Azerbaijan all elements of the crime of genocide stated in the abovementioned Convention were applied. Under international law, the genocide offenders should be prosecuted and punished. However, unfortunately, though the commitments of such terrible acts of genocide against the Azerbaijani civilians, these facts, including Khojaly genocide have been not yet legally assessed, the planners, organizers and the committers of this crime were not prosecuted and punished, no relevant measure has been taken yet,” said the statement.

According to the statement, without double standards and in comply with the norms and principles of international law, the special international commission should investigate this crime, also, the corresponding international organizations should recognize this crime as an act of genocide as well as should impose sanctions on the perpetrators of this crime.

“I call the international organizations to condemn this genocide and to increase efforts to punish the offenders of this crime as soon as possible demonstrating the impartiality. We do once again declare Armenia should fulfill the provisions of international legal documents on this conflict, liberate the Azerbaijani captives and hostages, also the territorial integrity of Azerbaijan and the violated rights of refugees and IDPs should be restored as well as they must return to their homes and the criminals killed innocent people and committed genocide should be prosecuted and punished before the trial very soon,” the statement said.