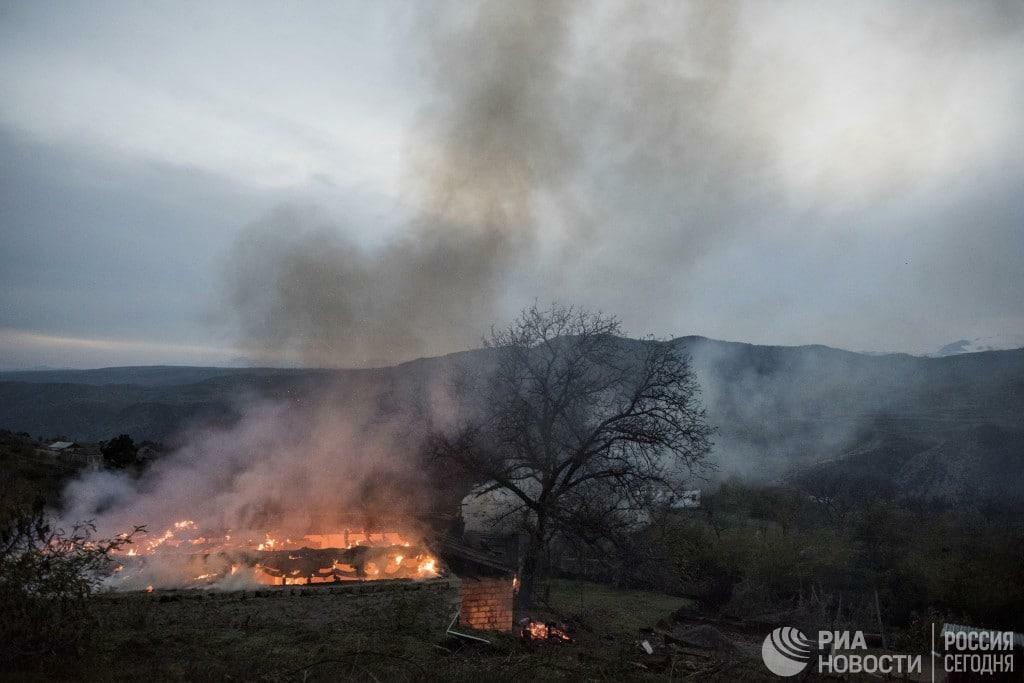 According to the trilateral statement, the Armenian-occupied Lachin region will be handed over to Azerbaijan on December 1.

Axar.az informs that Armenians living in this region continue their barbaric actions as in Kalbajar and Agdam. Thus, the Armenians, who were forced to evacuate the region by 00.00, set fire to their homes and left.

The footage spread by the Armenian girl on social networks also proves their actions.