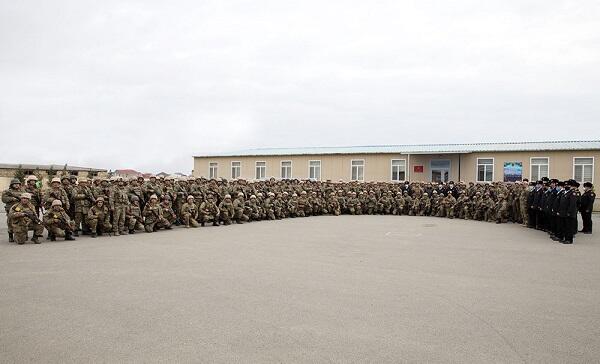 The marine infantry personnel of the Azerbaijani Naval Forces who have shown high professionalism in the Patriotic War completed their missions and returned to the military unit.

Axar.az reports referring to the Azerbaijani Defense Ministry on Dec. 1.

At first, the memory of the national leader of the Azerbaijani people Heydar Aliyev and the Shehids (Martyrs) who sacrificed their lives for the independence and territorial integrity of Azerbaijan was honored with observing a minute of silence. The National Anthem accompanied by a Military Orchestra was performed.

The Commander of the Naval Forces of Azerbaijan, Rear Admiral Subhan Bekirov on behalf of the leadership of the Ministry of Defense expressed gratitude to them for their skills and professionalism.

In the end, a photo was taken.