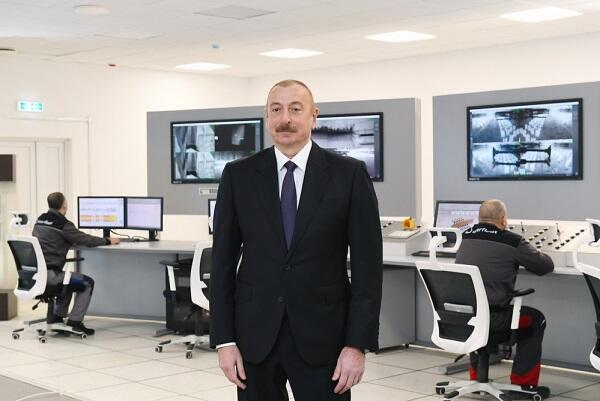 My main task, of course, was to resolve the Karabakh issue and lead the war since September as Supreme Commander-in-Chief. Today, the restoration of those regions - the Karabakh region - has a special place in my work. This is not accidental, it is natural. But at the same time, I have always focused on my traditional work. My coming to Sumgayit shows it again.

Axar.az reports President Ilham Aliyev said in an interview with Azerbaijan Television after the opening of the glass factory. It was also announced that on January 18 in Sumgayit Chemical Industrial Park by the foundation of sulfuric acid production of "Azersulfat" LLC, the production of glass packaging products of "Glassica" CJSC and the thermoforming method of "Azerfloat" CJSC.