Agreement between US, Azerbaijan enters into force 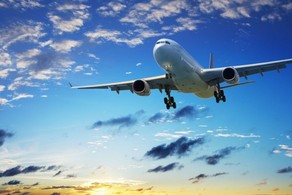 The United States and Azerbaijan completed an exchange of diplomatic notes that brought into force the U.S.-Azerbaijan Open Skies Agreement, which was signed on April 6, 2016.

Report informs, announce that on June 14 the U.S. Departments of State, Transportation, and Commerce.

"This Open Skies Agreement, which liberalizes our bilateral aviation relationship, will facilitate trade and travel between the United States and Azerbaijan. The signing of this agreement was the result of more than three years of negotiations, led by the Department of State, with the Department of Transportation and the Department of Commerce.

The new Open Skies Agreement deepens commercial and economic ties between the United States and Azerbaijan. The agreement will benefit U.S. and Azerbaijani airlines, travelers, businesses, airports, and localities by allowing increased market access for passengers and cargo. By allowing air carriers to better meet increasing demand in both countries, the Open Skies Agreement will create opportunities for economic growth in sectors beyond aviation, including tourism and manufacturing", - the report says.