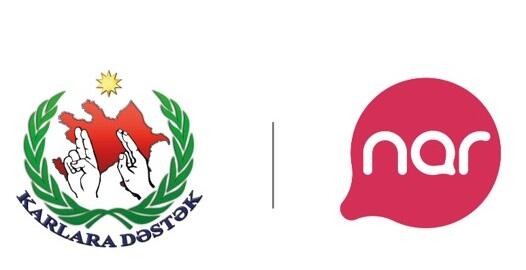 With the financial support of Nar, a website will be developed in the framework of the ‘Native Sign Language’ project, a winner of the ‘Social Projects’ competition announced by theRegional Development’ Public Union (RDPU) under the Heydar Aliyev Foundation. The website will feature pictures and videos of the gestures, as well as an explanation of their display. Other advantages of the website are that it is more accessible and allows users to search for words easily. The dictionary will show the translation of about 3000 words into sign language. It should be noted that the ‘Native Sign Language’ e-dictionary will be an invaluable resource for people with hearing and speech disabilities and their relatives, as well as sign language interpreters, teachers and speech therapists working with this group of people. In addition, there will also be a mobile version of the site.

Axar.az reports that the Chairman of the ‘Support to the Deaf’ Public Union Kamran Abasov noted that a working group was established to ensure the scientific and methodological accuracy of the gesture dictionary: ‘With the electronic dictionary ‘Native Sign Language’, parents and relatives of children with hearing impairments will be able to acquire more vocabulary and avoid difficulties in communication. In addition to the explanation of words with pictures and videos on the website, it will be possible to see the signs of gestures expressed by facial expressions. We would like to thank the RDPU and Nar for their support in making the project real’.

‘Native Sign Language’ project proposed by the ‘Support to the Deaf’ Public Union is primarily aimed to develop a sign language dictionary to facilitate communication of people with hearing and speech disabilities with others. It is worth noting that earlier Nar had organized ‘Training Schools’ in the capital and regions for people with hearing and speech disabilities to learn various professions, and also published a book ‘Bridge to a Silent World’, explaining gestures in sign language.