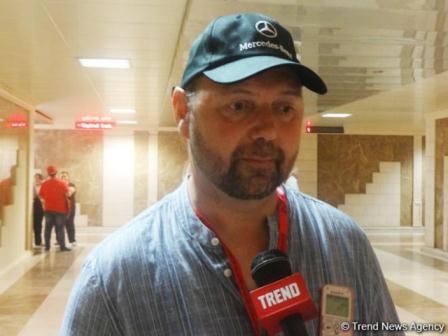 The 2016 Formula 1 Grand Prix of Europe will contribute to increasing the tourist flow to Baku, will further enhance interest towards Azerbaijan, a tourist from Scotland Thomas Coel told on June 18.

He said Baku is a very beautiful city.

Formula 1 race will even more glorify Azerbaijan, noted the tourist.

“I am sure that the people, who have arrived in Baku to watch the competition, will return here again as tourists,” said Coel. “I would also like to note that Baku is a safe city, and its residents are benevolent and hospitable.”

Azerbaijan is hosting the Formula 1 Grand Prix of Europe for the first time. The event started on June 17 and will end on June 19. The Baku circuit, which is slightly over six kilometers, will have the racers to go 51 laps. Overall, 11 teams, two drivers in each, will compete in the race.