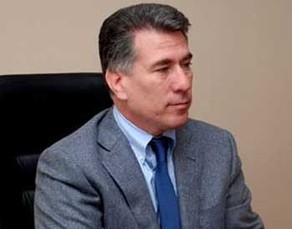 Issue on appointment of the First Deputy Chairman Ziyafat Asgarov as a member to Judicial-Legal Council (JLC) has been discussed in today's meeting of Milli Majlis.

Amendment has been made to the Article 6.2.4 of the law 'On Judicial-Legal Council'.

In accordance with the decision, First Deputy Chairman to Milli Majlis, Chairman of the parliament's Committee on Defense, Security and Fight against Corruption Ziyafat Abbas Asgarov has been appointed a member of Judicial-Legal Council.