The identity of our soldier was found - Photo 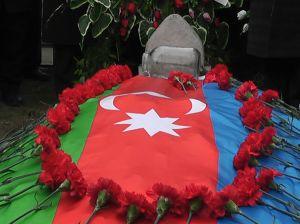 The Prosecutor General's Office has released information about an Azerbaijani serviceman who went missing and was found during the Great Patriotic War.

Axar.az reports that the statement came from the press service of the Prosecutor General's Office.

It was stated that the body of another missing serviceman, Ikhtiyar Ilgar oglu Aliyev, was found and identified.

The body of the deceased will be handed over to his family tomorrow and buried in Goran village of the region.

It should be noted that Ilham Aliyev took part in the fighting in the direction of Aghdara on October 6 last year and was not heard from later.

He was married and had no children.