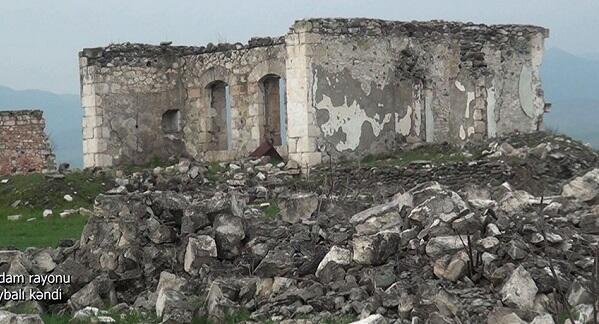 A delegation led by Turkish Religious Affairs Minister Ali Arbash visited the liberated city of Aghdam. The guests were accompanied by the chairman of the Caucasian Muslims Office Sheikh-ul-Islam Allahshukur Pashazade and employees of the department.

Axar.az reports that along the way, the participants were informed about the fortifications built by Armenians.

It was also noted that the Aghdam region was completely evacuated by Armenia on November 20 in accordance with the tripartite statement. The defense fortifications created by the Armenian army along the former line of contact in the region were distinguished by their complexity. With the diplomatic skill, principledness and iron will of the President of Azerbaijan, Armenia was forced to capitulate and evacuate the territories, which were liberated without loss.

The guests first visited the Alley of Martyrs in Aghdam, where the heroic sons of the Motherland, including those killed in the Khojaly genocide, were buried. According to their characteristics, Armenians dug and destroyed most of the graves in the Alley of Martyrs for the purpose of robbery.

The participants also visited the graves of national heroes and prayed for their souls.

The clerics also got acquainted with the Aghdam Juma Mosque.

The delegation was informed about the war crimes, destruction of cultural, historical and religious monuments by Armenians.

It should be noted that the religious figures from Azerbaijan and Turkey were accompanied by the Special Representative of the President of the Republic of Azerbaijan Emin Huseynov in Aghdam.