Our martyred serviceman was buried - Photo 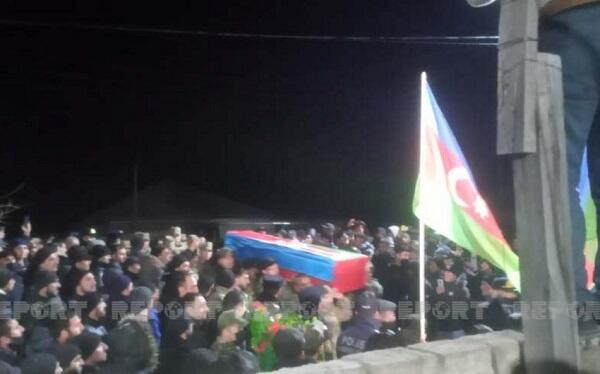 A farewell ceremony is being held with our soldier Asif Adil oglu Aliyev, who was killed as a result of another provocation committed by the Armenian armed forces on the night of December 8 in the direction of the Kalbajar region of the Azerbaijani-Armenian state border.

Axar.az informs that the martyr's son-in-law was handed over to his family living in Zarat village of Siyazan.

The farewell ceremony held at the house where the martyr was born and grew up is attended by his relatives, district administration, law enforcement officers, public figures, veterans and comrades of the martyr.

Martyr Aliyev will be buried in Zarat village cemetery.

Our martyr, born in 2002, was buried in Zarat village.

Aliyev is a participant of the Patriotic War. He was awarded the Medal for the Liberation of Kalbajar by the relevant order of President Ilham Aliyev.