Weapons and ammunition found in Khojavand 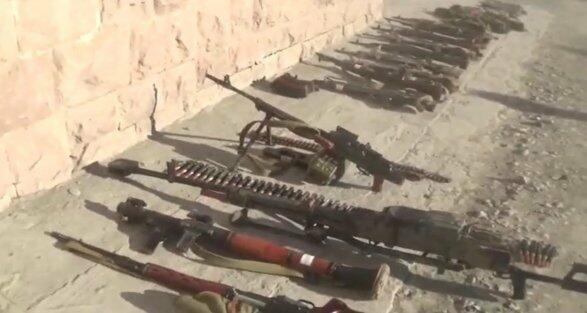 Employees of the Khojavand district police department continue intensive measures on collecting weapons and ammunition and explosive devices in abandoned military positions in the liberated areas from the occupation.

Axar.az reports that the press service of the Barda regional group of the Ministry of Internal Affairs stated this.

As a result of measures carried out by police employees of the Khojavand district police department, 3 machine guns, 48 hand grenades, 1 shell, and other ammunition were taken from the site and handed over accordingly.