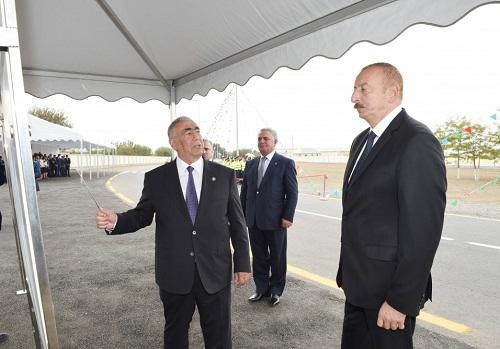 On October 4, the President of the Republic of Azerbaijan Ilham Aliyev got acquainted with the works done on the Barda-Aghdam highway.

Axar.az reports that Saleh Mammadov, the Chairman of the Management Board of the State Agency of Motorways of Azerbaijan, informed the head of state about the technical indicators of the road and the work done.

It was reported that the length of this highway, which starts from the city of Barda, is 44.5 kilometers and the width is 26.5 meters. The highway, built according to the first technical grade, consists of four traffic lanes, taking into account the development plan of Karabakh.

It was noted that the ground works for the project have been completed, and 75 percent of the total volume of work has been completed.