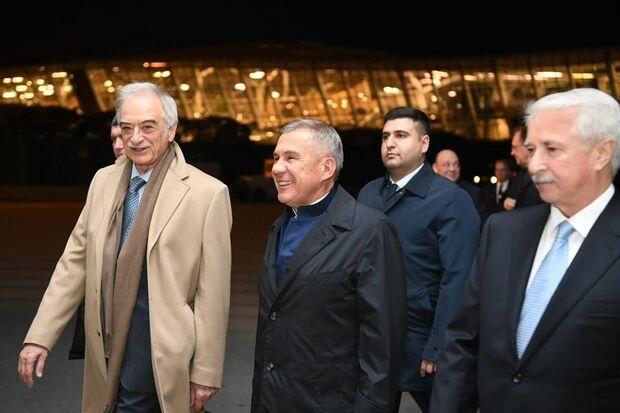 Axar.az reports that he will participate in the Tatarstan-Azerbaijan business forum in the capital of Azerbaijan.

It was reported that Minnikhanov visited our country with a large delegation consisting of heads of industrial enterprises and representatives of small and medium-sized enterprises.

The President of Tatarstan has already met with the representatives of the Tatar public organizations of Azerbaijan in Baku.

"Tataristan and Azerbaijan historically have warm friendly relations. Our compatriots living here make great contributions to the preservation of our language, traditions, and culture," Minnikhanov said during the meeting.

Let's also remind that Kazan Tatar State Young Spectators Theater named after Gabdulla Kariyev is on tour in Baku these days. In addition, an exhibition dedicated to the 1100th anniversary of the conversion of Volga Bulgaria to Islam is being held in Baku.

It is interesting that more and more regions of Russia are developing direct cooperation with Azerbaijan.