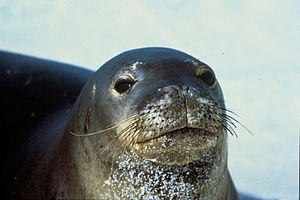 About 2,500 seals have been found dead on the Caspian Sea coast in southern Russia, officials say.

Axar.az reports that officials say there is no sign that they died violent deaths.

Some 700 dead seals were initially reported, but further investigation has revealed a much higher number and counting continues.

Caspian seals have been classified as endangered on the International Union for Conservation of Nature (IUCN) red list since 2008.

Zaur Gapizov, head of the Caspian Environmental Protection Center, said in a statement that the seals probably died about two weeks ago.

There is no evidence to suggest the animals were killed or caught in fishing nets, he said.