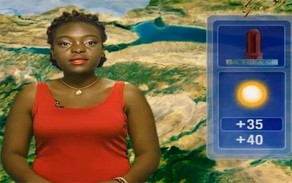 The National Television and Radio Council (NTRC) has commented the issue regarding violation of the rules of Azerbaijani language by Space TV's foreign weather presenter'.

It was told by Chief of the council's Department Tavakkul Dadashov, the foreign weather presenter of Space TV has been replaced from July 20.

He noted that according to the requirements of 'Special Rules on ensuring use of state language in broadcasting in Azerbaijan', change of pronunciation of words by TV and radio presenters as well as indifference to the norms of literary language are unacceptable: 'Also according to the rules, presenters' responsibility should be directly assessed as responsibility of broadcasters, as selection and recruitment of presenters with smooth, clear and perfect speech are within the competence of TV and radio broadcasters.

T.Dadashov noted that some shortcomings observed in speech of the Space TV announcer. Department Chief stressed that there is no problem for presentation by that announcer after improving her speech and the channel's use of different experiments without violating the legislative requirements is normal.