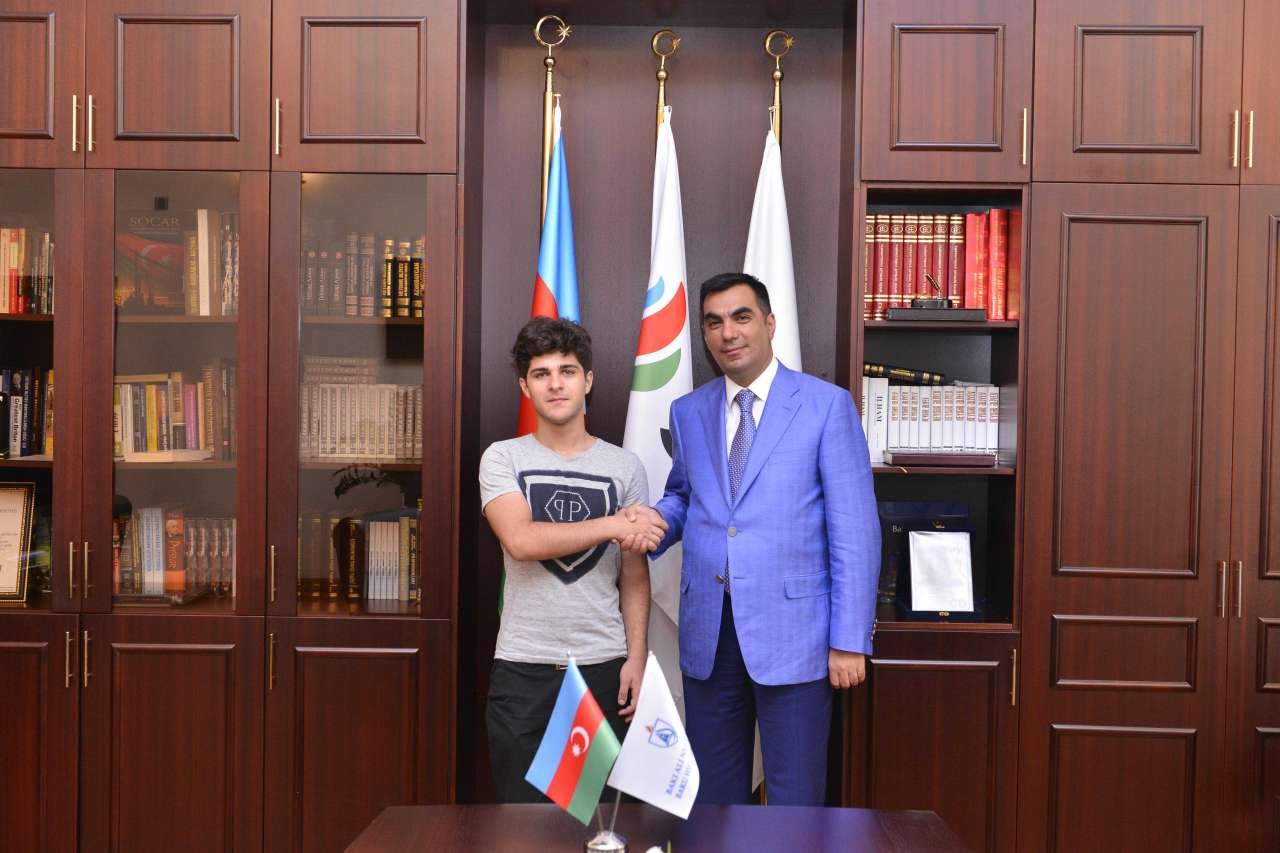 Rector Gasimov congratulated Nadir for this kind of an achievement underlining that intelligent and smart Azerbaijani young people were the proud of the nation and that everybody felt pride of their success.

Emphasizing that both the teachers and parents of such young people have a great contribution in their achievement Mr. Gasimov briefed on BHOS and said that the prospective students with high results always preferred this higher school for their further studies. He said that Nadir made the right choice selecting BHOS and wished him success in his further studies.

Nadir’s mother Mrs. Shahla Sultanli said that BHOS was a leading higher education institution in Azerbaijan not only from the academic, but also from the recognition perspective. She expressed her joy of Nadir’s choice and thanked the Rector for the warm welcome and congratulations.

Later, Rector Gasimov showed the model of the campus and photos of the students awarded the Presidential scholarship in the previous years.