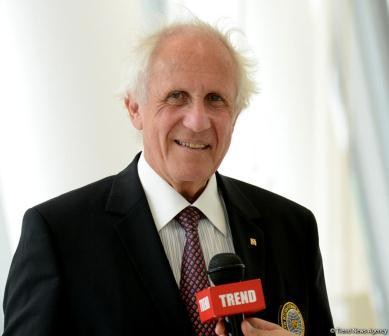 He added that the gymnastics hall in Baku is great, the competitions have been perfectly organized and everything has been done at a high level.

As for the development of gymnastics in Azerbaijan in recent years, Gueisbuhler said Azerbaijan has become one of the leading countries in rhythmic gymnastics.

He believes that Azerbaijan has achieved great progress in rhythmic gymnastics.

Gueisbuhler also said Azerbaijan is one of the leading countries in rhythmic gymnastics and has great opportunities to develop other gymnastics disciplines as well.