45th day of the Protest rally on Khankandi-Lachin road 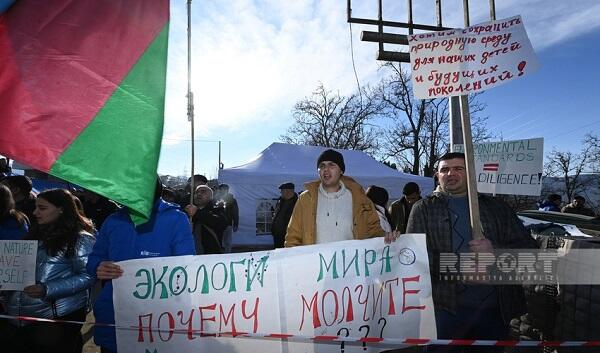 Although the weather is cold and frosty, the protest on the Khankandi-Lachin road against the illegal exploitation of mineral deposits in the Karabakh economic region of Azerbaijan continues for the 45th day.

Axar.az reports that the demonstration, which started in the morning on December 12, 2022, continued throughout the last night.

The protesters are continuously provided with a warm place, hot drinks, and food.

There were no incidents during the night as security rules were followed at a high level.

As usual, the protesters started their day by singing the National Anthem of Azerbaijan. Later, they performed patriotic songs.

At the same time, eco-activists raise posters written in Azerbaijani, Russian, and English on both sides of the road and chant slogans calling to end ecocide.