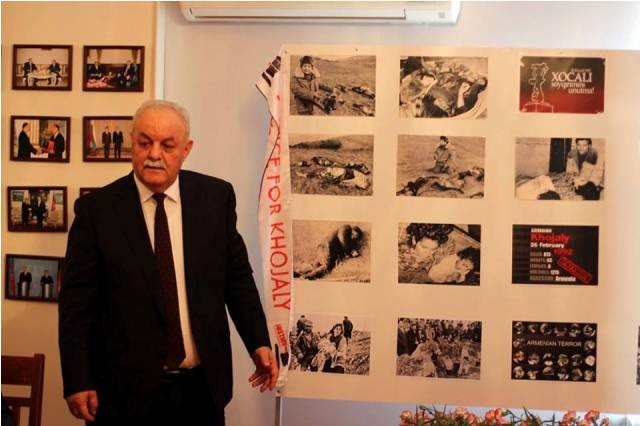 Azerbaijan`s Embassy in Turkmenistan has held an event commemorating the 24th anniversary of the Khojaly tragedy.

The event brought together employees of diplomatic corpus accredited in Turkmenistan, as well as public figures. The event started with a one-minute-silence in memory of the Khojaly victims. Azerbaijani Ambassador to Turkmenistan Hasan Zeynalov briefed the event participants on the Khojaly massacre which had been perpetrated by Armenian armed forces.

“The Armenian military forces committed genocide in Khojaly on February 26, 1992. Some 613 people were killed, including 63 children, 106 women and 70 old men. A total of 1,000 civilians were disabled during the genocide. Eight families were annihilated, 130 children lost one parent, and 25 lost both. Additionally, 1,275 peaceful residents were taken hostage, while the fate of 150 remains unknown.” The ambassador highlighted the events held in a number of countries within the “Justice for Khojaly” International Awareness Campaign initiated by Vice-president of the Heydar Aliyev Foundation Leyla Aliyeva.

The event also featured the demonstration of books and photos, as well as CDs on the Khojaly massacre. The participants also watched a documentary on the massacre.