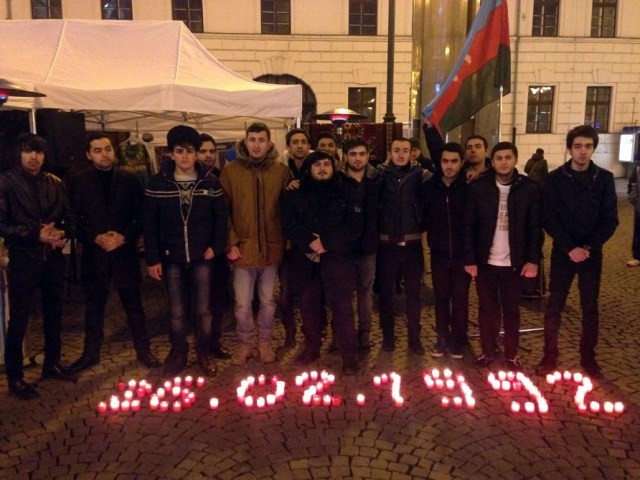 The tent on 24th anniversary of Khojaly massacre was installed in Prague, Czech Republic with the support of the Azerbaijani Student Network.

Azerbaijan`s Ambassador to Czech Republic Farid Shafiyev briefed the participants on the Khojaly massacre which had been perpetrated by Armenian armed forces.

The event followed with a one-minute-silence in memory of the Khojaly victims.

The participants were distributed the books and photos, as well as CDs on the Khojaly massacre.